also happened to
@Knexx @JL23 and some others in the market app.

lost 50$ with this, gonna take another 50+ to replaneish so this detour is gonna cost over 100$

I hate eth, it can really just shut off

I lost around $45 because of this. Really sucks, and makes it very difficult to even claim.

Yup, I had the same issue and I tried twice so I lost $100 worth of ETH. I was mentioning to the others that the GWEI on the app was correct at about 160-180 gwei, but the dollar value was wrong. I don’t know if that was an app issue or not.

Happened today.
Same thing happened to me as well. I tried to claim staking reward with normal setting but transaction failed. lost $50 worth of eth for gas. @zaccheah can you please fix it. Refund please.

I just tried to unstake both, i chose the “Fast” option and it worked for me.

I had captured the screenshot, gwei was correct but dollar value shown in app was incorrect… may be some issue with the app… here is the screen shot 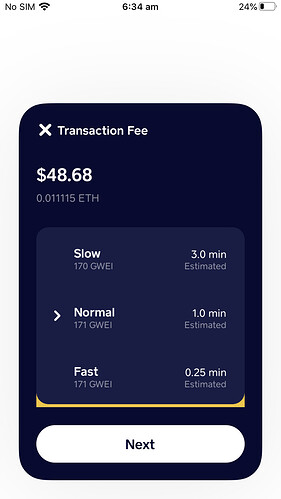 Thank you, yes this is what we encountered 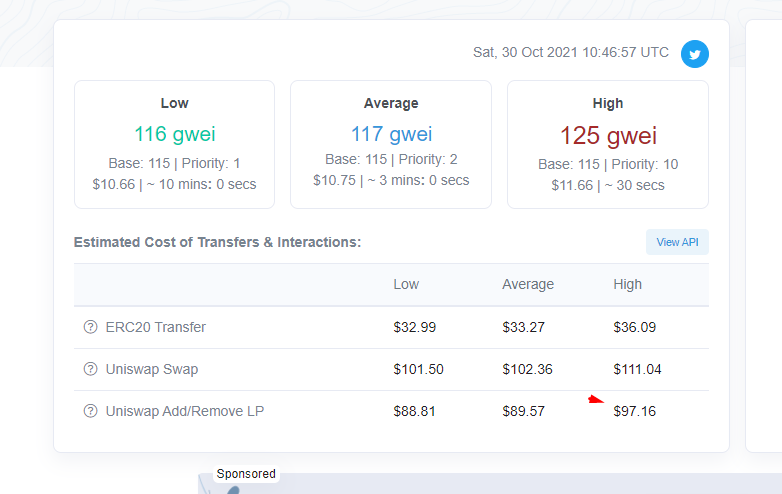 Hi everyone, please see the notice in regards to failed claim transactions due to out-of-gas issue. For those who were affected by this issue, the Function X Foundation has decided to refund the lost ETH fees. We would also like to remind users that ETH gas fees may fluctuate drastically which results in the system not being able to capture the correct gas estimation in time due to network congestion. We assure you we will keep doing our best to improve f(x)Wallet, reduce errors and deliver a better user experience.

Thank you for your support and understanding.

I had no issues myself, but great to read the affected ones are refunded.

Thank you, great this was picked up this fast, and great solution.

Awesome work team. Thank you so much

Hi, whenever I claim eth rewards, I always double or triple the gas allocation suggested by the app to make sure the transaction doesn’t fail. Usually it uses way less gas and balance is returned back.

I don’t think many people understand that unused gas is returned. To make it easier for the people, I recommend you program a good amount of safety margin in the app for the gas limit suggestion and have a note some where to explain that unused portion of the gas will be returned back.