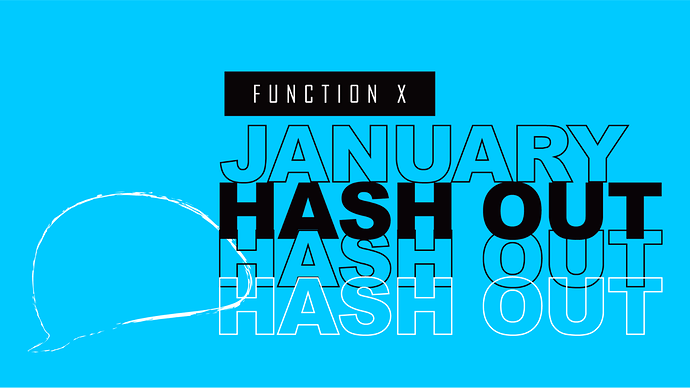 This edition of Hash Out is a Request for Comment, which means that many things are moving target in the article based on the feedback from the community. A key element, which is also a variable, is the staking ratio.

The term “Request-for-comment”, “RFC” and “temperature check” will be used interchangeably and represent the same meaning.

In this edition, we are covering the staking reward of Function X Core.

What is FX Coin?

FX Coin ($FX)is the underlying ‘currency’ within the Function X network. It will be the lubricator and connector to facilitate the operation of f(x) ecosystem. It is also the native coin of the Function X blockchain and its ecosystem. The nature of $FX has to be decentralized in terms of the distribution, allocation, control, circulation and generation.

How is the FX Coins generated within the Function X network?

New $FX are created every block and distributed among validators, delegators, liquidity pool, developer pool, community pool and other contributors participating in the consensus process and ecosystem enhancement. This provides an incentive to $FX holders to not just passively hold their tokens in wallets, but to put them to use in order to secure the network and enrich the ecosystem.

Instead a fixed rate, the number of new $FXs created per block varies and depend on the percentage of the total token supply that is staked in the network.

The target staking rate of FXs put up as collateral to secure the network is yet to be decided.

If the staking ratio is lower than the targeted staking ratio, FX supply via block rewards increases up to a ceiling of x% annualized inflation of the total supply.

If the staking ratio is higher than the targeted staking ratio, block rewards decrease gradually down to a floor of x% annualized inflation.

Hence it is important to understand the target staking ratio

PLEASE NOTE THAT, for illustration purpose, bond(ed) and stake(d) are interchange in this article. The computation of staking reward includes several key variables, such as inflation rate, staking ratio, block time, commission rate, etc. We shall begin with the concept of ‘inflation rate’. 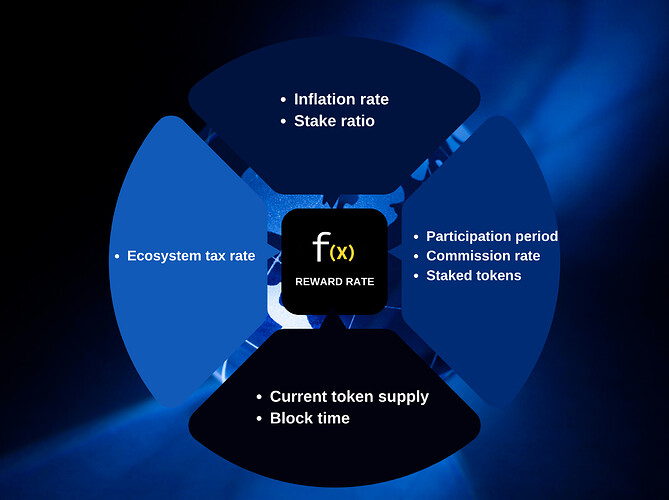 Economically, Inflation refers to an overall increase in the Consumer Price Index (CPI), which is a weighted average of prices for different goods. In the scenario of token economics, inflation refers to the increment of a new token that is being created in the particular time frame. The newly created token shall be distributed among validator, delegator, community pool.etc as their staking or contribution reward. Hence, it is important for every stakeholder to know.

Dynamic inflation rate: Inflation rate changes in every block according to the staking ratio

It is worth noting that, due to the inflation rate, it will keep increasing or decreasing (it depends on the staking ratio), hence the system will set a maximum and minimum parameter to ensure the inflation rate will not either drop to zero or sky rocket.

How to come up with the inflation rate?

Working of new token creation of the particular block

Assume the target staking ratio is 51%. 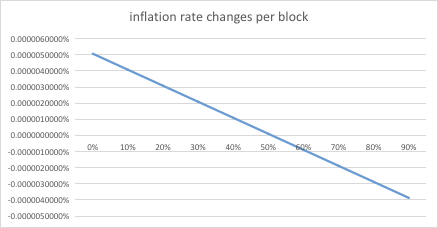 Purpose of the mechanism is to attract holders and staking participants to secure the network while providing enough liquidity in the market to remain vital. We roughly estimated that, each block will have between 1–8 tokens reserved for validators/delegators depending on the block speed.

What is the staking reward rate?

*Commission rate refers to the token that will be taxed / taken by the validator in every valid block reward.

**Commission earning refers to the earning of validator by collecting the commission from delegator.

*** Reserve pool refers to the ecosystem reserve fund, similar to tax. All transactions that occurred on the network including new token creation and transaction fee shall be contributed (in part) to this designated pool which can only be unlocked through governance on chain voting.

To simplify, we’ve made calculators for you. 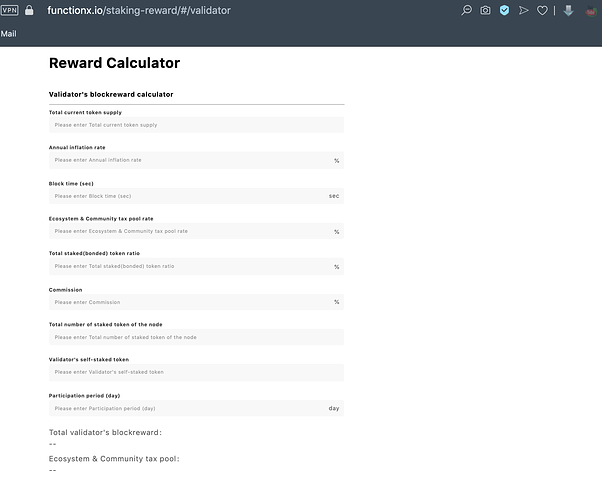 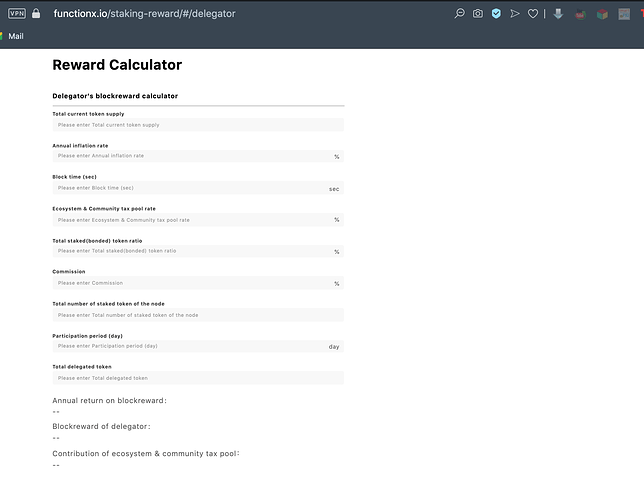