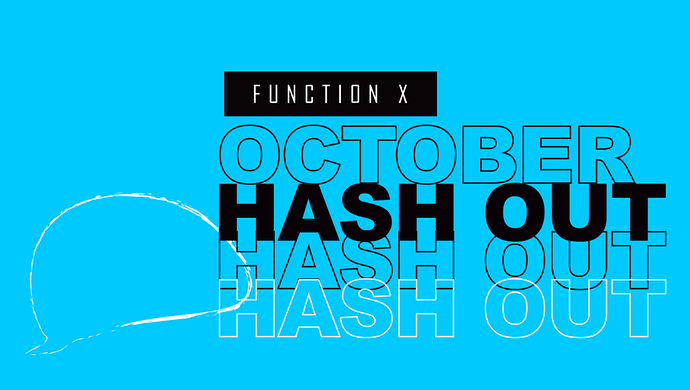 To achieve the decentralization, your participation matters. No matter you would like to participate by proposing your brilliant idea to improve the Function X Ecosystem or you vote for a proposal, you can do it through the mechanism of governance voting.

The mechanism of governance voting is now LIVE on https://explorer.functionx.io for the desktop users. Click “proposal” and you can connect your f(x)wallet to create a proposal. Currently, there are 4 types of proposals available for the community to create: 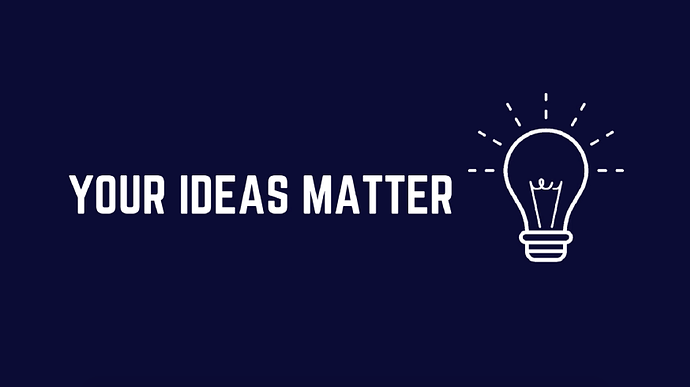 In the previous Hash Out article, we have detailed how you can propose / vote for a proposal. Here we made a flow chart so that you can easily understand how it works. 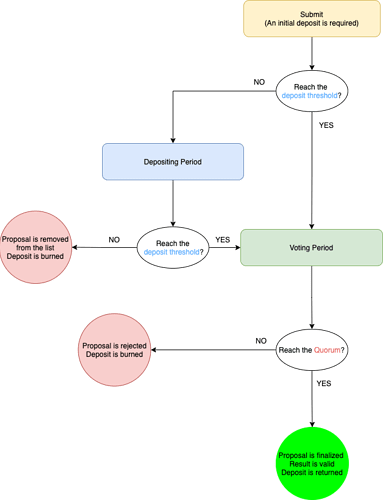 Deposit is designed to prevent spam.

In order to initiate the governance voting, all proposals are required to have a minimum amount of FX Coin deposit, that is, the deposit threshold. Initially, the threshold is set to be 10,000 FX. This parameter can be changed via governance voting.

The proposal owners are not required to deposit the full amount on their own. Once submitted successfully, the proposal will enter the Deposit Period where other FX Coin holders can increase the proposal’s deposits by sending a Deposit transaction.

When a proposal gets approved after the voting period, each deposit will be automatically returned to its respective depositor.

Please note that there are situations that result in the burn of the deposit.

If a proposal doesn’t pass the deposit threshold before the deadline of the Deposit Period, the proposal will expire and will be removed from the proposal list. Consequently, the deposit will be burned.

Regarding the burn of the proposal’s deposits, please see Deposit Burn below.

Initially, both the Deposit Period and Voting Period are set to last for 14 days. The parameter of period duration can be changed via governance voting.

Quorum is defined as the minimum percentage of voting power that needs to be cast on a proposal for the result to be valid.

The amount of voting power is measured in terms of stake. Hence, a voter has to be either a Delegator or a Validator on f(x)Core. To get the right to vote on a proposal, users need to have FX Coins bonded to an active Validator and/or become an active Validator before the proposal enters the voting period.

The value of Quorum is set at 40%. Quorum is calculated as:

If a proposal fails to reach the Quorum at the end of the Voting Period, the proposal will be marked as “Rejected”, and its deposit will be burned.

Also, the number of FX a voter or their validators hold determines how much influence their votes will have on the outcome of a proposal (see Voting Results).

Hence, a voter has to be a Delegator or an active Validator.

Unbonded FX holders and other users do not have the right to participate in governance. However, they can submit and deposit on proposals.

Participants cast their vote by selecting from the option set that consists of 4 options:

“NoWithVeto” counts as “No” but also adds a Veto vote.

“Abstain” option allows voters to signal that they do not intend to vote in favor or against the proposal but accept the result of the vote.

If a delegator does not vote, it will inherit its validator vote, except: 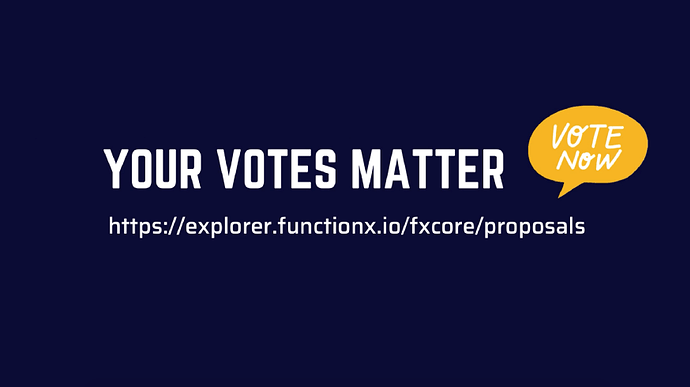 The voting result determines by the combination of following 3 conditions: 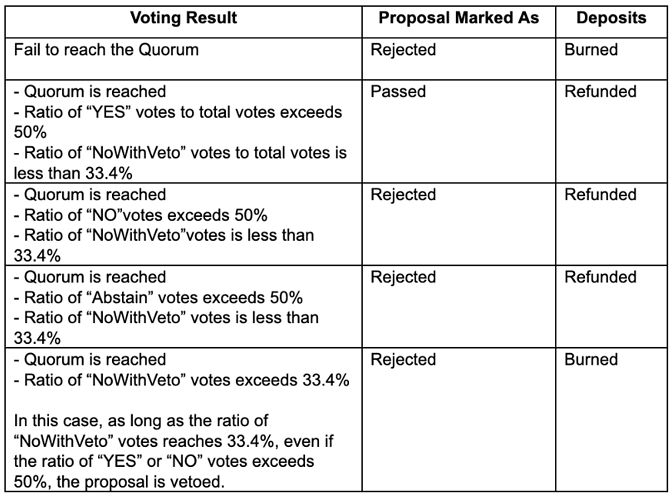 We commit to empowering the community to participate and grow Function X through decentralized governance. This is just the beginning and we will keep improving this tool to make it better.

If you are interested in sharing your ideas and participating in building the Function X ecosystem to make it better, join our official Function X Forum.

“NoWithVeto” counts as “No” but also adds a Veto vote.

Not sure what this means?
Is it possible to give an example what this kind of vote can do/ does?

ECG will be for serious proposals.

Maybe in the near future, can set up another donation pool and the community together with the company can do a poll and be able to vote to decide what it can be used for - marketing, fun projects, charity as a whole community - break this down into categories.

Breakdown in percentage of the donation and can be for different categories.

10% → Marketing Department → Promote it where, how, social media, ads, posters in real world, videos
10% → Fun projects → Like pokemon, neopets NFT etc
10% → Charity → Who, which charity organization, how much, animals etc

Of course, we are still fairly new since main net just launch but maybe this can be considered once Function X becomes more mature and mainstream since in order for donations to happen, we first need active users, traders, holders, delegators and more.

Also, as more donations take place, means lesser supply will be circulating around. Can’t help but see this as a win-win-win situation. Multiple benefits everywhere, for both the company and the community.