As the live chart of fx is functional in time this thread will be a monthly recap and i will show the monthly chart with the history before the swap and provide some recap every month… you will find the news in the first big article here. The current news will always be the first entry.

Disclaimer: This Chart is filled manually and it doesn’t reflect the “live” price. Please be aware that the high amount of data points can’t be handled manually with the accuracy of an automated dextool. Please be aware of the risks of trading a low liquidity asset and be aware of the price you are trading it. The price action can be massive at the beginning while there is low liquidity. This Chart is not for financial advise it’s just a visualization of the data points i manually collect and it can’t be guaranteed every point is perfectly correct.

the live chart can be viewed here

This Chart shows the monthly Frontrun since the Seed investor round which started at 0,01 USDT 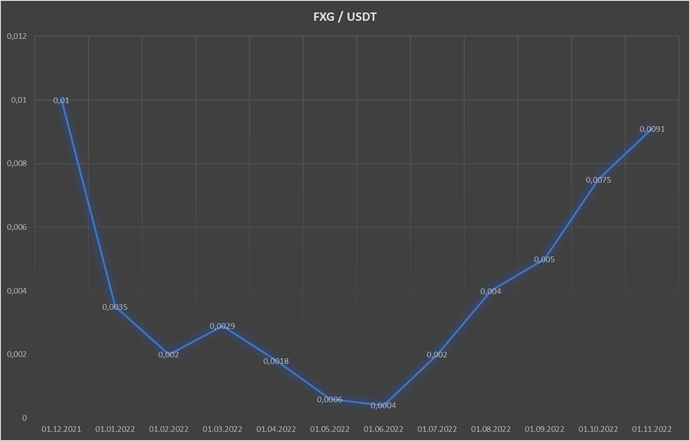 FXG is online for trading some days now and more people are entering the project. Current Price of the token is at 0,0075 USDT. Almost all seed investors have claimed their initial USD value back, which is ultra strong thinking about being in a bear market. In BNB Terms fxg is up +67% since the initial investment which was put in with bnb only. So this is more accurate and shows that it was stronger than big coins during this bear market. Lets see how this progresses.

Some price action is going on the account of our new whale.
We have a new rank 4 whale… Welcome to the ranks… 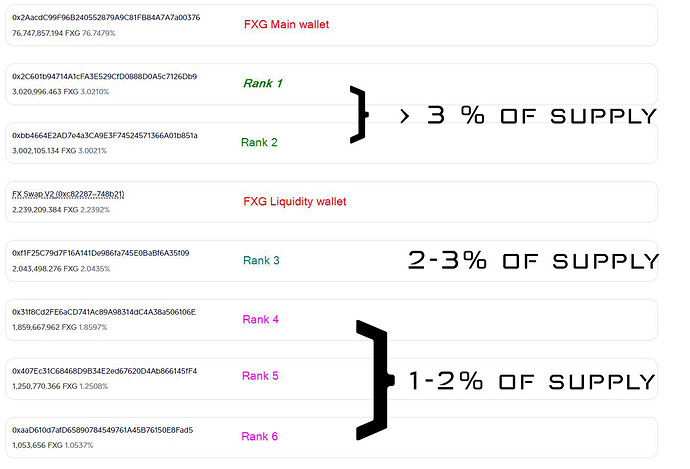 Another thing to mention would be the rebranding of the FXG with a new logo.
This is looking much more mature and less comic meme sh!itcoin like… Good development to go into this direction…

thanks for reading the short update…

First of all i want to send out my regards to everyone who was helping at this launch. For those who dont know me, personally I am not part in any of the teams, neither fx nor foxgaming, i am just a supporter and investor. If you hear something of DAOverse in the future, thats my project together with @KuzoIV.

But for today i want to write an article that recaps the situation of the launch and pre launch as objective as i could be. I dont try to sanctify every action taken, but i will also try to give constructive criticism and aspects to work on.

@Fox_Coin was started as a token on BSC blockchain to start the company and raise seed investor money. From first day on it was the goal to develop a “better than opensea” NFT marketplace and place it on the multi / crosschain / parachain / subnet hub that @DavidK and his team at function x working together with the team of the mother company PundiX led by @zaccheah are building.

Around 50 people, one of those was me, put in some BNB money to help the project start off the development. The Time of the token release could not have been at a more unlucky timing.

The Sale started at 0,01 USDT right at the time as the All time highs of the market got rejected (BNB ~ 600 USDT) and shortly before everything crashed massively. FXG was rising around 269% to an all time high of 0,0269 USDT.
Of course the token price could not hold the level and went into the market crash too.
On one side it was attached to BNB so it would lose the same amount (to the USDT) as BNB even without any single token sell.
Even if they were early seed investors, some of them just got in for the easy and fast money or were in fear of the whole market crashing, so they sold on top of the BNB crash. But this is a normal occurance and its good that those, as we call “paper hands” left the building and the fxg community could say they are left with only people believing in the project.

Since the beginning of the idea, FXG was a concept made for the FX ecosystem and now it tries to get back to its roots.
@Fox_Coin announced that they will present a proposal.
FXG had to take care at the preparation of the proposal since the last big community proposal failed, the one of DAOverse failed at the quorum though they had only 1,82% votes against it.

This took around one month to get the proposal comply with every needs necessary and most public validators onboard. After this was achieved the proposal could start and it deservedly passed the quorum.

the contract was created with a maximum supply of 100 million FXG at a price of 0,0035 USDT, giving the project a market cap of 350.000 USDT.
(the attentive observer will notice that 100M are around 18M less tokens than in the BSC era, this was a hidden Token Burn from the company wallet of @Fox_Coin)

After the creation of the contract the supply was airdropped to each holders wallet. The same amount
at the time of the BSC snapshot was given out.

The airdrop went smoothly and i didn’t catch a single problem with this process on any community channel.
After a short time FXG could be listed and started trading on FX-swap.io

MOST IMPORTANT next step to grow the ecosystem is to bring the smoothly working FX(core) network connection to the exchanges. All exchanges accept a AVAX connection so it should not be hard for FX to be implemented likewise.

That would be all for the first big recap. The next Recaps won’t be as big as this but i try to get the news in and hopefully the Call to actions in this article will be noticed and worked on sonn.

Have a great time and let’s build this world. Together.

You can just use DexScreener - this shows FXG last price on BSC before liquidity was removed. 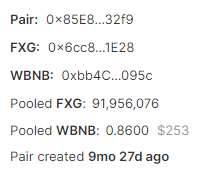 that will work for fx swap?

i dont need the chart for the bep token frontrun

Once f(x)Core is added, then yes.

But the chart shows exactly the same as yours but in real-time.

the problem i want to encounter is this time of blindness

I mean, you showed a chart that dates from 1 Jan to 1 Aug which is based on BSC price, so I thought DexScreener could show a more accurate representation for anyone who prefers exact info.

yeah true, but i wanted to have the same layout and tried to not confuse new people watching this for the first time…

btw could you remove the BSC dextool reply from you? That would reduce the confusion of new peoplebecause there is no bsc fxg anymore…

Yea, sure I can remove the link. Just wanted to show you there is a dextool for those periods that you displayed.

thanks for bringing it up, but yeah i knew and used the dextools for bsc… i was just reflecting that there is NO dextool for fx at this time, so i have to fill a “live” chart manually…

Actually there is a live tool for fxswap - FXSwap Analytics

It’s not ready for public yet, if I’m not wrong.

âhh ok, then its not of any use for us today

Just go to fx-swap.io select charts but there is no tradingview option yet for chart analysis 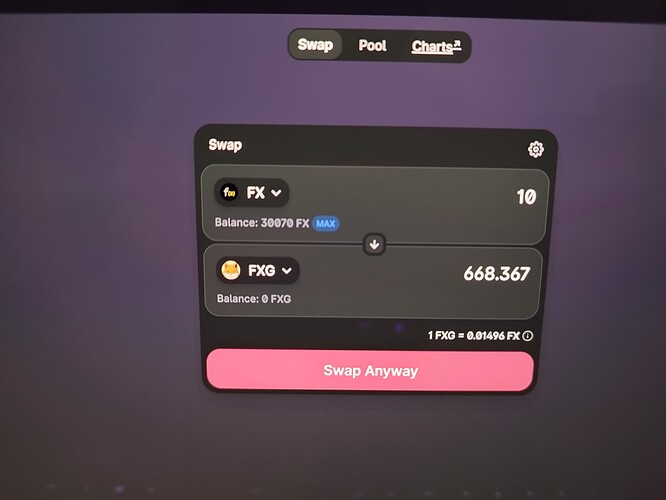 Yes now it’s online. It was not online at the time I wrote this thread

Fresh from the oven, we just made the analytics public yesterday.

how much work would it be to implement other timeframes? 1Week is really not that informative ^^