Some people on Twitter are pursuing defamation of PUNDIX, saying that swap still persists when it should be closed now.
It seems like they’re confusing Uniswap “swap” function with “NPXS-to-PUNDIX” swap feature.

Is there any way to now close the NPXS smart contract ? What is going to come next about this ?
What are your intentions as of PundiX burnt for unswapped NPXS ?

We already can remove uniswap liquidity. Maybe team already did. Have to check.
If others give liquidity, in this case there’s nothing to do

The end of the swap means Pundi no longer support the token, any exchange silly enough to still support it do at there own risk but as far as i remember our end of support for npxs has nothing to do with anyone else whom still chooses to support or hold the old token, even exchanges would have a final date for their time frame to swap their stock if that ended at the same time as the public swap why would any exchange swap you pundix for a dead token they can no longer swap, if you can it’s the last chance for those that thought they were stuck so how is that bad, it dose not change the token supply that was available; no new token is being minted, the token is fully released no matter how much gets swapped in the final moments, if this is an April fools joke I don’t like it

You misunderstood me, i think.
I’m fully aware of all this.
But can’t we just close the NPXS smart contract ?
Are we sure the NPXS to PUNDIX swap feature is now closed ? (decentralized, and also for centralised exchanges liquidities)

Uniswap pool still have liquidity. I think it should be drained and dropped down also have mark on trade pair that its migrated. Like other tokens with same conditions 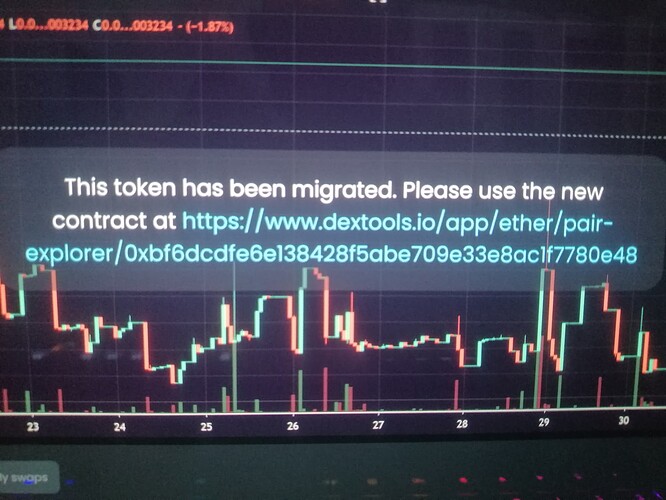 To clearly say it’s done for good and no one ask why swap working. If they can’t fully drain the pool