Please can you take this matter a little seriously.. Listen to the voice of the Pundix community

@zaccheah we are facing a growing army of FUDLER…in a word, they cause serious harm to potential investors…it has been discussed here many times but no one took it seriously, this situation makes me very sad/disturbing

Again and again this has to be mentioned. When will action be taken?
I am beginning to get tired of this. And it seems I am not the only one. This is getting ridiculous.

A lot is being asked from this community but several issues, like this one, are being ignored by the team!!! 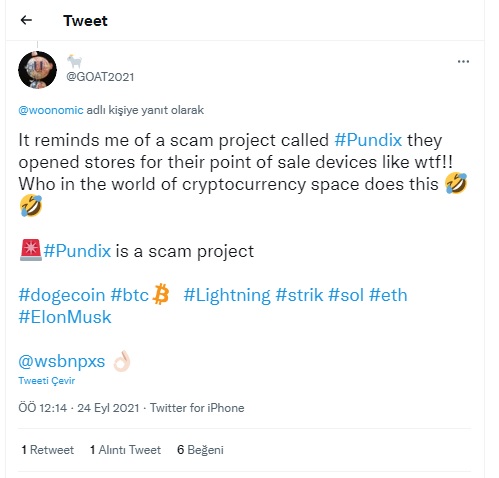 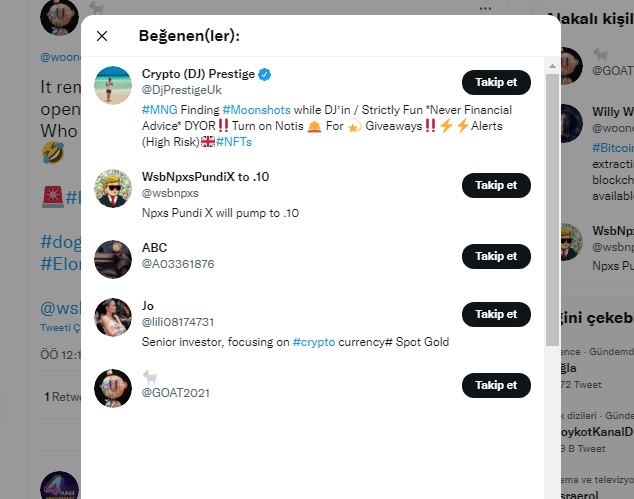 Have you ever read the comments under any of your posts on twitter? it’s impossible for someone reading the comments there to feel nice about pundix 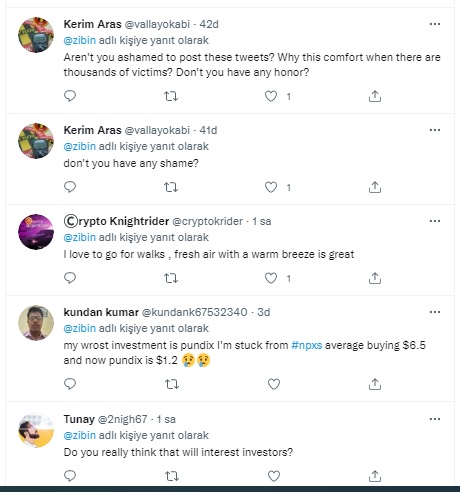 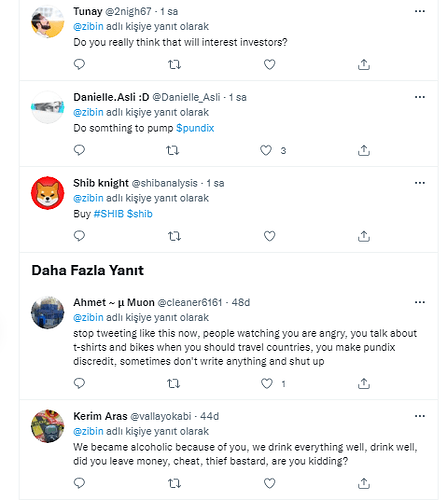 Now the supporters are also very uncomfortable with this situation and no one is talking.

the team is busy with the project guy’s you can’t expect them to get over burdened by fudders, as that’s fudders goal is to make life hard enough to give up; I don’t see most of these as I block them all, I have learned many things dealing with it and some times it can be fun but for the most part we hate having to feel like we have to deal with it, best ways to handle it is block them where ever possible, know the project don’t reply to them put a counter info post next to their post that corrects the attitude, if it’s a telegram group ask for admin powers to be able to ban them your self, only bother with those you can correct their false information; People that are flat out abusive and rude do not deserve the time of day Block them; the more that block them the more accounts they will have to create to get through we can only form methods to help them loose the will to post rubbish, we need like a quick wit anti terrorist’s group that can just debunk, report and block, try out wit them rather then fight them at the same time block what ever you think is extreme FUD or abuse; I don’t know if it’s true but I believe their are professional groups out doing this others are just victim’s sheeple who believe them because it’s easier then doing the research to find the correct answer, if you supply the correct answer less will fall into the rut of being sheeple, the project supplies all relative info for people to understand and make a adult choice, because it’s becoming a decentralised eco system the community needs to learn how to counter it’s problems together.

another resolve is don’t retweet the post with a lot of fud, recreate the post your self with the links, also you will find if you block a lot of these people and you make posts with informative info and Zac shares it the Fudders can’t fud on Zac through you because you blocked them, so key is make posts Zac will be excited to retweet and though you he will be better protected

I have given up to confront fud. They are very dedicated in what they do and won’t just stop out of themself even if you would outsmart them. They want to take the reputation and whole project down. That’s why the team need to block repeated fudders/trollers.

Doesn’t matter what the community say to fudders, it doesn’t help.

you also have to see the opportunity the fudders bring, because if you counter info with correct info you allow those looking purely for the correct info not being prepared to do any research the ability to dismiss the FUD

Yes but if the same person keeps repeating spreading fud/scamstuff on Twitter even after informed with correct info then he/she should be blocked. Some just don’t want to listen.

In the Pundi X subreddit the mods do same but if the person keep repeating is a perm ban as result. In TG groups the admins use a warn system or straight ban.

Most fudders name the project a scam because they’re unable to invest correctly and are just there to take a *2 in 3 minutes.
They’ll disappear as soon as the next bear run will start.
I understand that the PundiX project doesn’t care for now what the price of PundiX is. And the team is right.
There’s a lot of buzz going on with each project. But as far as I know, the project’s still there and building after 4 years…
And it’s a nice and strong building I’m seeing !!!

agreed, no amount of talking can repair endless allegations of fraud for new people looking at it, and while they cant monitor and moderate hundreds or thousands, its only a small group, a dozen or so, that needs to be banned. Simply on the base of defamation and harassment most can already be fairly kicked off.
doing that little bit of work will help immensely towards improving the social media mood, as its toxic and thus non helpful to organic growth.

@zaccheah and whoever controls the company accounts, please, just block these types, they only want to tear down what was build, there is no reasoning with them.