As the year draws to an end and in the shadow of a bear market and the FTX debacle, I’ve had an opportunity to reflect on where Function X has come over the year and its direction ahead. One thing that stands out to me and that has made us a survivor and builder is our commitment to being a DAO – a Decentralized Autonomous Organization. It’s a journey and I think we’ve made great progress on that journey by means of our governance voting system and ongoing attention to security and risk management. We will continue on that path.

In addition to the “fun” part of governance, like voting to support new projects, implementing technical innovations and expanding our scope of token coverage, we are also responsible – as a community – for the nuts-and-bolts operations of Function X. In that regard, we will be putting forward a proposal for allocating 3 million $FX for operations and year-end bonuses, which is ~USD$525,000. We hope the community will support this proposal when it is put forward. In the meantime, we would welcome any constructive input on this proposal from the community.

Thank you again for your continuing support and early wishes for a Happy, Healthy and Prosperous 2023!

What about marketing in indonesia
Will you fund marketing

I think this one isn’t easy to answer.

The proposal will set more then 2x the LP what we have one our exchange free to the ecosystem.
The sell pressure could „rug“ the complete LP from FX and beyond.

I support the idea of the bonus and payout to team

they deserve it, I think this will pass with yes

but some things can help in making other questions cleared.

Summarized output to @FrenchXCore thread by team.
Which will contain allocations of EGF allocations and remaining balances etc, I think it’s necessary to have fully transparency between devs and community.

After clearing these points as, I think team should go with DAO restructuring, I have example of recent one as evmos ecosystem:

Sub2 Formalizing the Workstream (sub-DAO) and Compensation Framework: which can be related to current proposal

I do think functionx foundation and community should be helping each other to move forward as decentralized community and help team to reach new heights.

I agree!
On the one hand, you understand that the team deserves a reward. Much more than this amount.
But on the other hand, you come to the question of what will happen to the price. After distribution of rewards. And the answer scares me!)

I’m kinda perplex over this proposal. Are we talking team’s tokens assignment (no vote required) or Community Pool ?

Does that mean that genesis token allocations (product dev, incentives, egf, etc.) is not enough (we initiallly noted it was for a 10-15 years effort) ?

As reminded here FunctionX DAO governance - #2 by FrenchXCore (almost a year ago), almost 200M $FX tokens were allocated to the team at genesis.

Most of the efforts on subsequents projects (beside project itself) were funded by the Community Pool, not by team’s funds.

Dilution of the token value into more team tokens looks like nonsense to me, unless there is full transparency about DAO and governance and much more explanation.

Moreover, team’s validators are still producing many commissions and rewards (thru inflation) that could help this purpose. I’d prefer the Community Pool to fund external projects only.

Eventually, I really still expect to see transparency in the multiple teams addresses’, members, status of funds, roadmap, etc. The community is developing fast, the pace is still but continuous, and we don’t wanna miss the next bullrun…

Just my 2 cents.
As it is, we would clearly vote “ABSTAIN” and maybe even “NO” given that many things are still expecting an answer…

…im bit of perplex too.

…there are also 15% funds for marketing, engineering and development (50M FX tokens) 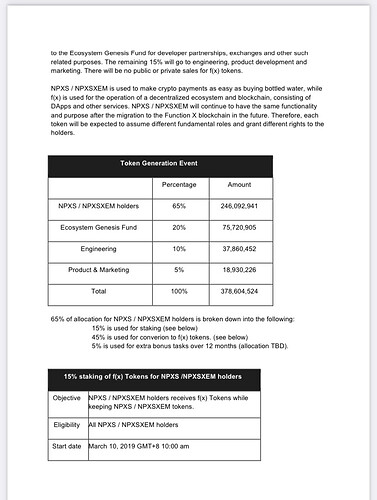 I will return to my vote awaiting answers, is now the right time in this bear market, many investors are at a loss right now

I’m am also perplexed as my value alone is down by 2m AUD, and have the same questions as @FrenchXCore we need better knowledge of the past funds position set out previous & a detailed spread of where these funds will go

I agree, we need clarity. A healthy DAO is all about clarity to the community.

So far we have spent 9,963,573.75 $FX tokens from the EGF funds on hiring, operations and liquidity. The remaining 65,757,331.25 of the EGF funds are delegated to validators and continue to earn yields. Attaching spreadsheet here.

As @DavidK announced, we’re proposing to allocate 3 million $FX for operations and year-end bonus, either from option 1 CSP through governance voting, or option 2 EGF. The inclination might be to allocate it from the EGF without diluting CSP. However, we would like to state the case for CSP application.

The team is rolling out various features and products eg: fx-swap, f(x)Wallet, explorer, evm support etc. And also upcoming ones like Ledger, Keplr support in Q1. Hence, just like everyone else, we want to have a chance to apply for CSP. Not wanting the team that built Function X to apply seems counterintuitive. The whitepaper mentions that EGF will run 15 years, so will our allocation for engineering, marketing & products. We believe it is actually in the community’s interest to encourage us to apply for governance and to keep EGF strong for 15 years. Finally, based on past experience, most of the 3M FX will NOT hit the market, and will be kept by team members.

Wishing everyone a good health and joyous season!

As you know, there has been a continuous requests over project’s funds transparency, and your response above only answers part of it.

I sincerely think you should be able to provide, monthly or maybe semesterly, expenses of the project in each category.

I don’t see any issues in using EGF-funds for the team, but only for extra work, not for project’s work, at least until we consider we reached a stable environment.

I support this proposal, YES.

Despite the well thought comments, it personally would hurt me if this proposal would not pass, would even scare me a bith tbh.

I support the idea of motivating the team, despite all the well thought concern by strong community members, personally i think sometimes we are trying to prevent the team from applying. We instead throw our hats supporting others that is applying even when very little is built yet by others. We should motivate the team to have more tokens, not less.

I am very delighted to see Function X internal team built f(x)Swap and use $f(x) as a native tokens. If an outsider team built it, they would have applied for CSP, and I believe we will support this third party grants.

Here’s my take as a community member.

I wholeheartedly vote ‘YES’ - so that the team can expand and recruit more builders to help the Foundation grow in an upstream direction.

As far as I know, the Function X Foundation did not launch any ICO or seek VC funding. It is a non-profit foundation.

Personal opinion:
The team is entitled to the initial genesis allocation, and it is a RIGHT because they built it from the ground up with internal funds. Just like how traditional companies or founders get allocated a portion of the company’s shares, in their case, it is tokens.

But you have to realize that the genesis allocation is just token shares, which are not backed by a floor value compared to an ICO where companies sell you tokens at a fixed price for operations.

To continue operating and expanding the team by hiring more developers and engineers, it is of paramount importance that they propose an operations funding proposal, utilizing EGF or CP.

DO NOT mix the genesis allocation with future operations.

Operations and funding are totally separate matters from genesis allocation.

The community wants the Foundation to grow, yet, they are also the ones holding it back by saying ‘no’.

Products the team has built:

If you want the Foundation to grow, I hope you guys don’t block the pathway to success for Function X.

By being able to hire more developers, there will be more PRODUCTS in the Function X ecosystem that will benefit EVERYONE. 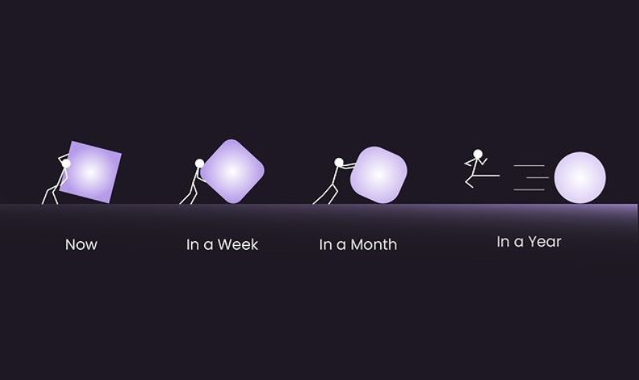 Function X is building in all market conditions, and WE, as the community, should be PROUD that the Foundation is still working hard to dish out more updates and upgrades.

Let us do our part by supporting the Foundation’s efforts and commitments.

I wholeheartedly support the transparency from the foundation requesting the fund and also the fund seems reasonable. However, since the main goal of decentralization is transparency, it would be nice to know:

Also, I would add that why not propose a similar amount to list at the big exchanges or as many as you can as fx ecosystem now clearly has use cases.

Let’s be clear.
I don’t have any issue with the team’s being incentivized for their great work so far. That would be insane to go against this idea.

In brief, we need visibility and transparency. Otherwise, we’ll be just another cryptocurrency project… That’s what DAO is about.

Allow me to give you a comparison between Function X vs Foxgaming or even other projects.

To give you a clear presentation:

Allocated Shares for the creation of the blockchain (Founder Rights)

No private seed or VC funding

Allocated Shares for the creation of Fox Gaming (Founder Rights)

By your logic, FOX Gaming should use their allocated shares to fund their expenses for future developments. Why still raise private seed rounds and EGF? They can just use their FXG tokens for expenses.

They did all 3 and seed members of FXG even dumped FXG on FX community.

Do you know how other projects do their fundraising?

The genesis allocation was allocated to them for creating the blockchain and majority of it was distributed to the public. It isn’t meant to be used for operations.

You create a company. Do you allocate a portion to yourself as a founding member? It isn’t supposed to be used for expenses. Expenses are funded through money raised and that is through EGF or private seed rounds and VC/Angel.

I have to disagree with you too. FX was primarily funded by PundixToken not sure if you were around then. Personally, I swapped 16,000,000 NPXS with a conversion rate of 1:400 into FX.
So this is more or less an ICO that FX did.

The big question is from which pool should the 3,000,000 be distributed if there is still a lot of FX in the company wallets that got allocated from the start left.

Personally, I do not have a problem paying out bonuses to the team. I mean, I´m literally building a project on FunctionX because I trust and love the team and what they are doing.
But I don’t see a reason we have to use CSP or EGF for it, and if we do so I want clarity about whos getting it and how much they receive and what how much tokens will be sold for operations cost directly.

I’m not going to vote yes on a 525,000USD proposal just because I love the team and they deserve it