In recent months, Non-fungible tokens, or NFTs, have taken the art world by storm. With its ability to certify a digital asset as unique and store it on a blockchain, NFTs have been hailed as the digital answer to collectibles. With NFTs, artists creating unique works of art could earn potentially millions.

The rising use and popularity of NFTs is why Theadoption.io, the first sci-fi comic book set inspired by blockchain and crypto mass adoption, is proud to collaborate with developers Pundi X Labs for a special NFT comic book cover for its upcoming release of “The Adoption: Vol.1: The First Dose”. The cover will have the honor of introducing readers to a comic book series that is the first of its kind and is available for pre-order on its official website. 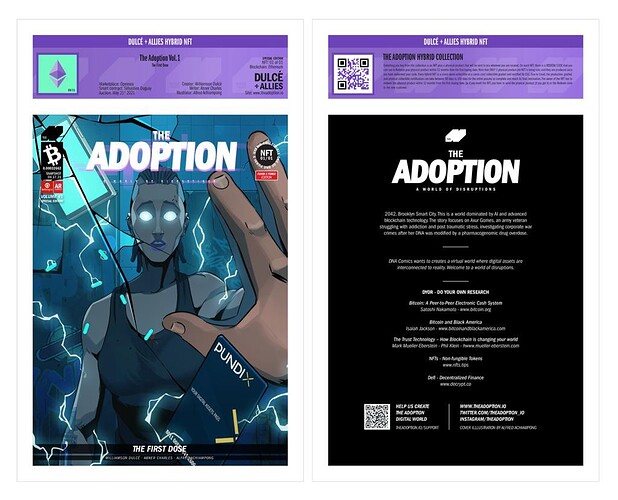 Inspired by blockchain technology, “The Adoption” centers around a universe where a financial revolution has taken place after a series of deadly wars over water. These wars were ignited when Earth’s resources began to dry up, and corporations began taking territory and resources necessary for people’s survival. “The Adoption” centers around a heroine named Axur Gomeź, a veteran of the Water Wars looking to disrupt corporate monopoly over precious resources.

The partnership between Pundi X Labs and the team behind “The Adoption” actually came about because Williamson Dulcé, CEO of Dulcé + Allies Inc.(DulceAllies.com), began his crypto journey as a strong supporting member of the Pundi X community. Dulcé even started designing custom comic book-style avatars for the entire Pundi X team, catching the attention of Pundi X CEO and Co-Founder Zac Cheah. From there, the two began to collaborate. 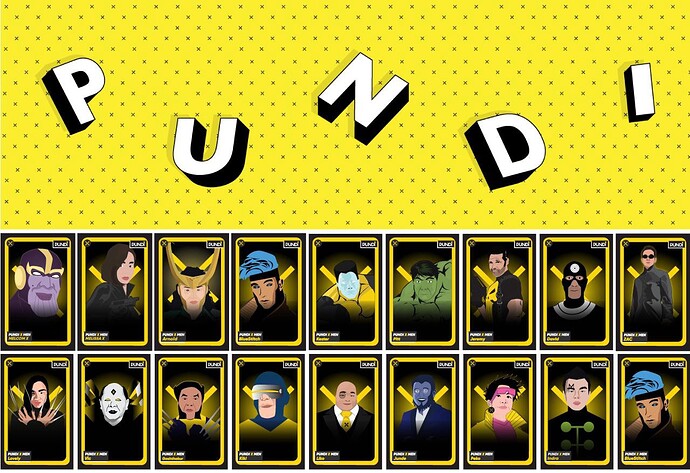 “NFT’s are an innovative new way for art and technology to interact,” said Cheah. “The team behind ‘The Adoption’ made a big step towards bringing the best of both worlds together.”

This project is hoped to be the first of many in the blockchain-inspired comic book universe, with Dulcé + Allies Inc. planning more releases to help give comic book writers and digital writers a chance to earn more from their creations.

In fact, with the growing interest towards NFT crypto collectibles and digital art, theadoption.io has begun work on their own set of NFT collector cards. The cards will be available for auction starting May 21, 2021.

“We have an optimistic vision for the future of NFTs,” said Dulcé. “With the collaboration with Pundi X, the excitement grows each day.”

DNA Comics created TheAdoption.io as a use case to interconnect digital-creations, to physical collectibles. Enabling a more immersive storytelling experience for the comic book readers and collectors with Augmented Reality (AR), while taking full advantage of blockchain technology and the endless possibilities of NFT’s for artists and blockchain enthusiasts. To learn more, visit https://www.theadoption.io