Could this be an opportunity for Function X to support XSGD?

Currently, XSGD is on Ethereum network and Zilliqua. They chose zil because it is a established Local blockchain.

At the end of today’s Stablecoin episode of Seedly, they did mentioned that they are open to more blockchains.

This could be a potential opportunity for Function X since you guys are deciding to bring in stable coins to the Function X Network too.

Xfers’s XSGD is the first in the world to be backed by 100% cash and no other crypto is 100% backed by real money, not even BUSD. XSGD is also partnered with CIMB Bank to issue them and is currently being regulated by MAS.

XSGD is seen as E-Money instead of a crypto coin by MAS which is one of the first in the world too.

This brings lots of new opportunity. @zaccheah Thoughts on this? Could they be potentially be listed on XPOS for Singaporean merchants?

They are coming up with a XSGD credit card too, under MAS. 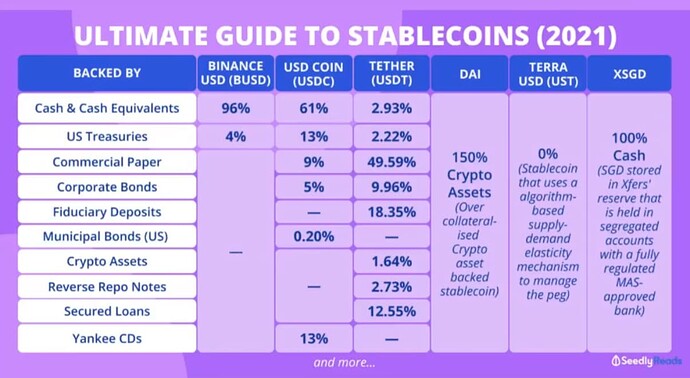 And yes, you heard that right. It is 100% backed by pure cash. Not cash equivalent but real SGD in CIMB’s bank.