550 USD worth of ETH wont cover my fees

Have been trying to claim my reward tokens (925 FX coins) for quite a while now with different amounts of ETH. The latest one was 250 USD worth of ETH and it never went through no matter which day and period of the given day I have tried (tried to aim for less busy days on the network). So today I thought screw it I will throw another 300 dollars worth of at in my FX wallet, because 550 USD MUST BE ENOUGH to claim my reward tokens. Well, I was totally wrong, 550 USD is an insufficient amount of ETH to cover the transaction fees to claim my FX tokens. I guess its not only my concern, but loosing those tokens due to not claiming it until the 5th of December feels pretty damn unfair given that the fees are ridiculously high to claim anything in the wallet. Whats the team"s stance on this issue? Please, lets have a conversation about this as I am getting (and i believe others as well) frustrated over this.
Best regards
T

ah and now I have been surfing through the topics and have seen similar posts (sorry for repeating the same issue others did already) but i havent seen any reply from anyone from the function X or pundi X team. Would like to add that I am trying to claim FX token rewards for staking pundi X tokens.

(not from the team)
Well, ETH fees are pretty low right now.
250$ worth of ETH should be far enough to claim your PUNDIX from the july PUNDIX staking.

There seems to be some kind of bug with claiming (app bug). Usually app should estimate gas limit based on network congestion, but for some people it just stays the same all the time and it is unreasonably high, over 1M. I looked through “Get Reward” transactions on etherscan and found some outliers that are 3-4 times higher than every other transaction, here’s some examples -

Can someone from team looks into this, as this is affecting a lot of people claims including me. I claimed rewards from FX staking with ~50$, but reward claim from staking Pundix is unreasonably high, around 300$. @zaccheah @indra @Peko

P.S I’m aware that transactions cost a lot and I understand what “gas” is and how it is calculated.

Well, the bad point is that there’s probably a bug in the app.
The good point is that people can get their reward outside of f(x)wallet by calling a write to the FunctionX contract. But it’s gonna be a nightmare for people with low knowledge of Ethereum smart contracts.
It would be much better if the team could publish a quick f(x)wallet update, or setup a website page with WalletConnect.
If only the browser extension (NAMM) proposal had been approved…
I’m gonna try and have a look at the app Source code on gitbook (open source now!!). 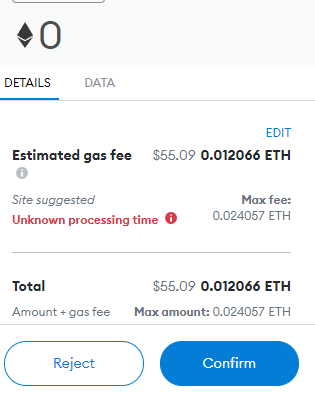 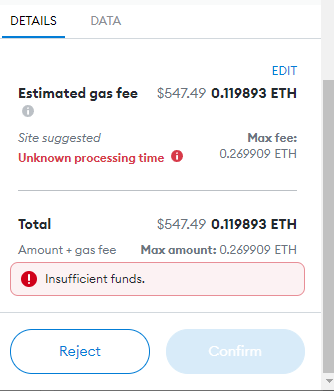 I think that this is the case with me also. I had a
Support conversation going now… just alerted them to your reply

Solid work, I hope we can get a solution.

Most likely it’ll cost you less after execution. The amount for transaction fee is showing the maximum to be safe (so the contract won’t be terminated in the middle).

yes, this because of the default gas limit issue, it was set higher to prevent any failed transactions.

the real gas fee on the transaction will be lesser than the estimation.

SmartSelect_20211121-071520_f(x)Wallet1440×644 117 KB
Wow look how much I pay (71 gwy - $178.11) and almost 5 h transactions. @indra I don’t know ho wrote the contract but it’s really expensive the way you guy set it. I love your project I’m a holder for 4 years now but the team need to solve those transactions or make a new contract because is really expensive, and now I have to do my 2nd claim in dec 5 I hope it’s not expensive to. Im TRYING the claiming for months having 250 wort I eth and say insufficient eth to cover the fees, and i ad more to make sure, but now wow. Thanks I hope you guys find the way to solve the problem whit ETH.

@Locotee, why doing the first claim now while it was expected to be done in july ?? You’re going to unlock only 5% of the reward per week.
So, within 2 weeks, you’ll only be able to unlock 10% of your rewards !!
Please tell me you did the first claim in july !!! (as it was recommended in the Medium post, in Twitter, etc.)

I didn’t because I didn’t know i have to pay to unlock the fx, and they say it will unlock 5% every week, when I realize that i have to claim for get the unlock wow was late, not that we have to pay for unlock. Since July im TRYING to claim the fx but as i say NEVER WAS ENOUGH ETH.

By that time no one have that issue an no info about it prefer to wait, to se if some one have the same problem, I wrote to customer support in that time but they never answered. WHEN they made the actualization app in july, the app gave me problems and didn’t let me claim or do nothing, that’s when I wrote customer support and no answer. Look what Indra says now. I read every post since july about the claim and no one say this. I know they are new and they are tryingto solve problems but the customer support are a mess, that’s one of the reason people always complain and don resolve the problem.

Well, @Locoteeee : I’m sorry but plenty of people managed to stake their FX in july and claim (myself, and at least 4 or 5 friends).
I’m sorry it didn’t work out for you : but I wouldn’t recommend you to claim anything unless the FX reward is worth the ETH fee…

I already do it because was worried, I’ll wait to dec 5 to se what happens.