Lessons to draw from Luna/UST episode

In chaos we find solitude and lessons. What do you think are the lessons we can draw from what happened to the Terra project?

I once made a statement I believe at the time the tech magazines forum that I commented on asked if I minded they repeat some of what I said somewhere in the late 90s when the internet & computers where experiencing the early days of hacker problems, even though hackers who know computers like the back of their hands & computers must be like for the most part their lives; they set out to destroy what is accentually their hole world in the efforts to remove something in the world they believe breaks their moral code via any means possible to them, still today it’s like feeling around in the dark, being witness to many thing destroyed in all avenues of life I came to 1 assumption on human kind & this is one of my remarks - No matter what is created in the world no matter how good or great it is there will always be something / someone out to destroy it! so if you want any lesson to take from something like this; never believe anything invincible - plan to be approached from any & all directions. many people criticise those making the big decisions but they would ass melt if the shoe’s where on their feet.

Majority will be able to get $1 at the start for USDC but if there is mass redemption, the last person holding may not. Seedly did a livestream about stablecoins few months back and they invited all the big guns in Gemini, StraitX and many more. 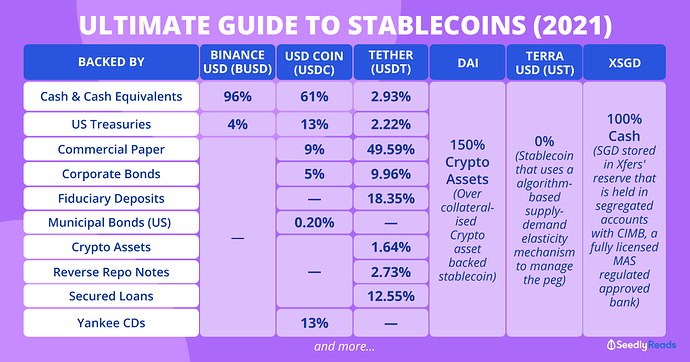 Why not be the second after Gemini to provide 100% fiat backed? Though centralized but when it is the safest in the whole space, people will eventually want safety.

I vote no for you

Yes, I agree that a stablecoin should not be tied to any currency. Yes, in my opinion, a deposit in gold and silver is the best thing you really own and not just on paper.

i think fxstable coin should backed by gold or silver

lets say 1 gram gold 10 dollar
if we want a smaller value of currency
1 fx stable coin = 0.1 gold
We need value like one dollar but in real stable backed

USDT back in 2021 had about 50% of their breakdown in commercial paper. This year, their latest report is 31% commercial paper and they are focused on reducing it further to get back trust.

IMO, there is too much hype for stablecoins using the PEGGED method.

Regulations and government may even use your stablecoin if it is FULLY BACKED instead and boys, that is when mass adoption takes place.

Decentralization can come after but never at the beginning. Solid foundation has to be built first.

First ever fully backed stablecoin, redeemable at any bank at 1:1 and government approved. No worries about any kind of price fluctuation and sleep in peace.

Best would be to partner with Gemini / GUSD since they already made the road and FX Ecosystem can help them expand its usage. It is the safest USD coin in the whole market right now.

TRON network dominates USDT while we can be the first to dominate GUSD with its maximum security advantage of 1:1 at a bank. 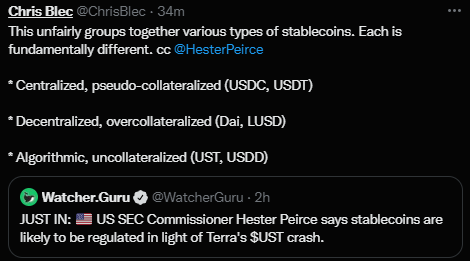 We will be the the 4th and newest - 100% Fully backed - gov approved if possible.

One thing I learnt from the incident is the recovery mechanism.
They did not had any thing in place and started a vote which takes 7 days. If they would have done some thing in few hours after the loop started they would have recovered !

I could see many articles in Korea And
The problem I think is, where can I use coins a lot?
If it can be used in many places, it will be solved.

If the f(x) stable coin can be used as Apple Pay, I think it will win people’s trust.

According to the news, Luna Coin paid 20% interest,

There are many coins that pay a lot of interest.

We need a place to use it to incinerate coins while paying a lot of interest.

If XPOS spreads quickly around the world and is linked with Apple Pay, Samsung Pay, it will grow greatly.

Apple Pay is still not available in Korea.

Talking about payments, it would be very interesting to see how fxUSD interact with XPOS & DeXPOS.

If the team can somehow manage to get a government approved stablecoin and make that the main settlement currency for XPOS, it would be crazy on-chain.

Provided it is fully backed 100% and all merchants can always go to a bank to redeem it at 1:1 any time any bank. Because security is always #1 and nothing is better than having a dollar in the bank per coin.

That would literally put every single merchant at every corner globally, at ease, knowing it is backed.

Instead of the overhyped pegged method.

Regulations is coming, not a matter of if but when. Might as well start with them, top to bottom strategy.

Not an easy path though.

Full interview of Justin Sun and USDD by Coindesk. Worth a read, just in. 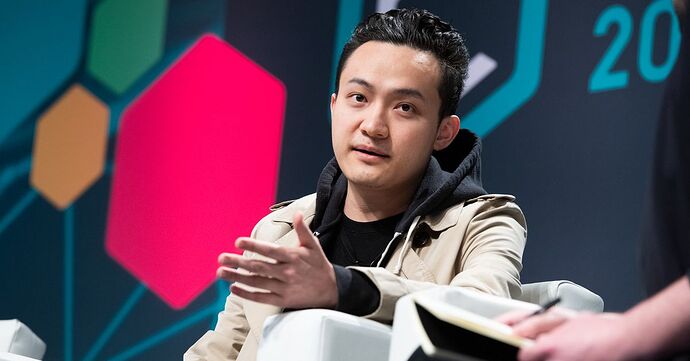 The controversial crypto entrepreneur explains how an algorithmic stablecoin can still succeed while denying rumors he was behind the de-pegging of Terra’s failed UST.

Been on other forums, seeing how each chain is discussing on what to make out of their upcoming or existing stablecoin. Some are looking at hybrids - half algo, half altcoin/stablecoin and many more different versions.

Best to compile every type of stablecoin there is in existence and also look at new ideas coming up and then list its pros and cons and compare.

The main part was the curve 3pool liquidity shift which started everything. 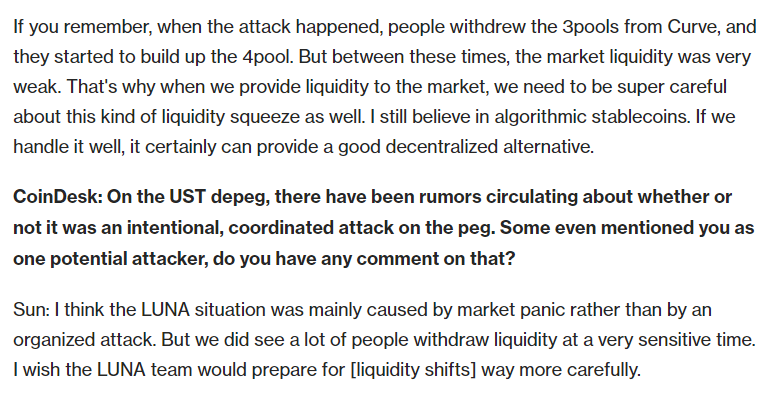 Thanks Nick for this great info.
On my side, this LUNA&UST event kind of makes me wonder what we should seek.

So, I’d say that it resumes with 3 choices : BUSD, GUSD and DAI. Time will tell… And FXUSD strategy needs to be established, but could be opened for evolutions in the long term.

Hey @FrenchXCore , thanks for the reply.

Actually, BUSD is also a backed stablecoin, similar to PAX.

Fun Fact:
Did you guys know that PAXOS is actually the distributor for BUSD and PAX USD ( their own ) and is regulated by the New York State Department of Financial Services.

I was also surprised myself.

Cardano & IOST will be coming up with their stablecoin soon. It will be interesting to see what kind of strategy they will use.

We can learn from their ideas and also mistakes if any.

Stablecoin is a pretty dangerous grey area, it can either make or break and regulators will be ready to pounce if any problem arises.

I think this is a great idea because there is no country in the world where gold is not acceptable and as such, banks would always be willing to do transactions with high gold value merchants. The price of gold is often on the rise. @IvanFunctionX great idea!

what ever our stable is back with it needs to be solid as gold, unbreakable failure is not acceptable via any means, also needs some sort of safety fire break, so if the peg moves out by more then 4% action fixes it straight away even if that means exchanges sign an agreement trade stops at the fire break, as proven with LUNA like a truck that looses brakes on a down hill run once gravity & the weight take over there is only the crash that is inevitable, Unbreakable safe guards should be priority as I say failure is not acceptable.

Fantom’s fUSD have stayed under pegged since January, beginning of this year until now and has never regained its $1 peg. 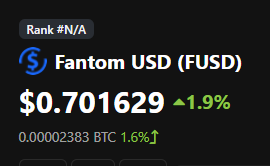 I think some of the most important lessons from LUNA/UST depegging event were:

IF POSSIBLE (Creation of CRITICAL RESPONSE PROPOSAL)
c. I suggest that there be a new type of proposal mechanism on the network for critical response to security vulnerabilities
i. The voting period would be 1-3 days
ii. Only the foundation or selected committee can start the process
iii. Would need to reach 80% quorum and at least 61% should have voted yes

d. Creation of a DISASTER RESPONSE MANUAL
i. This would highlight a proposed solution for possible negative scenarios for team/validators
ii. May include how to take back control and stop block production if needed. This was highly effective in creating the fork for Luna.

would just like to mention even a 3 day vote is to long; LUNA was zero within 2 days, prevention is the only cure with failure as not expectable view, because there is no come back from that, Ow well we did our best we have a backup plan, will never fix your millions in losses in time for it to save your life & assets. If I had multi millions in LUNA & this happen to me nothing would bring me back I would be inconsolable