last 5 minutes… will the company vote? or wont they… we did everything to reach the whole community… thanks to all the Supporters… i would love to name you all but you are too many

it was a nice ride with all of you… Thank you

Its over… Rejected… thank you all

PRETTY DISGUSTED BY THIS!!!

More angry than disgusted actually.
So, from what I can see, the team FX addresses vote only when proposal is coming from the team.
It’s the 2nd public proposal being rejected.

Gonna need time and more than explanations to digest this…

@Alchimist @KuzoIV and everyone else: I’m genuinely sorry that DAOverse didn’t pass this round. I voted “yes” and encouraged others to do so.

The calculus that I set out in my post 6 days ago (on “soft” and “hard categories”) is nothing novel. It’s the same calculus that most VCs and angel investors apply. The fact is that the big token holders (including company Validators – many from the tech side of things) came to a different conclusion than I did. I believe. Richard personally voted “yes” too but raised concerns in his posts a few days ago, represents the concerns that those with hands-on game development experience have.

Another community member put it to me this way: Patrick and Shady are two strong, talented and committed individuals, but two-legged stools can topple over. The missing third leg is the developer expertise. I can understand that those coming from the developer side who control significant voting power were reluctant to vote “yes” or “abstain”. I feel the same disappointment that large parts of the community feel, not to mention the disappointment that Patrick and Shady feel. I hope that we’ll get another shot at DAOverse and that the Foundation will also be able to fill in gaps so that the proposal is stronger.

In the meantime, we will also need to address the weaknesses in our Governance system that this process has revealed. The “Rome wasn’t built in a day” adage that Richard raised is certainly applicable when looking at building a DAO.

Many thanks to the team. I’m sure you will succeed!
Your efforts will pay off!
I will continue to follow you.
And the FX team must specify the criteria for what projects it wants to see. What projects will the fund finance with pleasure?
It was the second worthy public project and all failed.
It is sad.
Everyone understands that now, without the participation of the team, not a single proposal will be accepted. None.
So what are the fund’s prospects…?

And the question of how the team will attract developers to build on FXCore remains unanswered. It’s a mystery.

Yet @DavidK , I don’t think this answer can be considered as fair or complete.

Please have a look at numbers : no public proposal will ever be able to reach the 40% quorum without team’s help in a near future.

We knew about that since a few days ago : and yet, we’re being served unacceptable answers in return.

Rome wasn’t built in a day : but if Rome was burning, we wouldn’t wait for a democratic vote 6 months from now to send the firemen.
I don’t mean to be rude, but yet : I consider this as a real and strong issue to be resolved ASAP.

I never saw the community that much involved in a proposal more than for this one : and yet, it was impossible for it to pass without the team voting.

I hope the team will refund the @Alchimist and @KuzoIV for their investment, because otherwise, I would find that event as one of the biggest EVENT in FX history.

My primary emotion is, Damn, we’re not as decentralized as we thought… yet.

My secundary emotion is, we just take another day, and another path to Rome.

I can feel the disappointment for Patrick and Shady.
Don’t give up, im sure you won’t.

I also feel that there needs to be an immediate after action report and community visibility shown by the team to explain the positions of the company votes that did not allow daoverse to pass on a individual basis. Explain things face to face and with urgency.

For example I would suggest spinning up a twitter spaces discussion right now to talk about the failure points and devote ample time to answering community questions on how the EGF proposals will be revised for success in the future.

Additionally a direct point by point criteria suggestion for DAOverse to BE approved is necessary so that they can make a revision and resubmission.

Today. Not in 3 weeks. Today. The crypto markets are in free fall and it should be completely obvious that sentiment for this project is turning sour if not worse. There are obviously points of contention within the FX staff about Daoverse.

I also felt like my voice didn’t matter at all. As well as the votes of all other simple FX holders.
So what’s the point of voting…

I’m hugely disappointed & angry at the moment. The quorum can only be reached with team validators voting yet they will not do it so it’s impossible to reach the 40%. Look at the effort the DAOverse done to attract votes. Seems like it was a waste of their time & money as sad as it sounds.

So far 2 public proposals rejected since the launch of FX ecosystem. Other developer/creators would be afraid to even make a proposal in the current state. Pointless

To all our delegators.
Thank you for the trust you give us by ramping on in incredible amount in such a short time.
Thanks.

We will stay in the fx ecosystem as Validator, this remain unchanged and we will have this Validator going on 100% uptime and low fees for eternity

Never give up
Plus ultra

I’m very angry, disappointed, and a whole lot of other negative feelings, by this rejection!

Jan mentioned “we just take another day, and another path to Rome”
I’m sorry but this doesn’t fly for me. Time isn’t on Fx’s side. Besides a wallet / some crosschains / and maybe a working dex FX doesn’t have much to attract me and newcomers for this moment. DAOverse was something I was really looking forward too. Because this could / would attract more developers and investors into FX.

This is the 2e time a community member’s legit proposal didn’t make it. But a cross-chain with Tron made it with ease??? Can someone explain me this?

As Telchar mentioned the team has to react right now. Not in 3 weeks. Again if we loose these guys as developers… who does fx have on the waiting list besides themselves? And personally if we loose them I don’t know if I am staying in this community.

As mentioned before this was just 1/75 of the total of the funds that were available, just for cases like this!!!

Think it is time that the team needs to figure out were they are going with fx, EGF and FXDM. And also start answering some long time questions!!!

Singing off for now before I my rage gets the better of me.

I also believe that the DAO needs to be reimbursed for the cost of the proposal.
For it was clear to everyone even before the start of voting that a quorum of 40% without a team vote is impossible.

Please submit the form if you want to stay with our project, regardless if you plan to assist in the development, be an investor or just want to buy NFTs someday.

The Form will give us an overview of the current state and will grant access to our upcoming forming Community where we will actually build a true DAO. 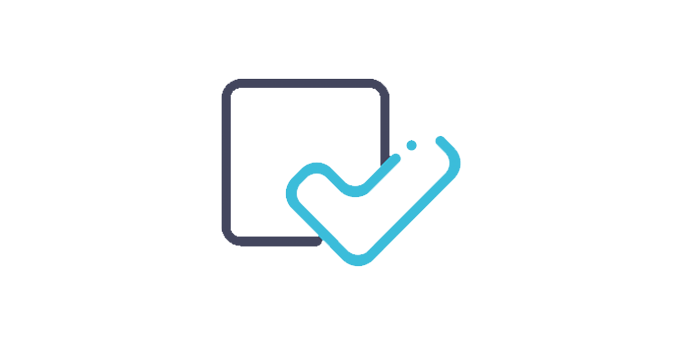 my ancestors are the ones that beaten rome in the Battle of the Teutoburg Forest where i was born.

I dont believe how this rejected. I am realy angry too. This is very big change for Fx. New user new investors new creators. All we looseit???. I sow %93 yes vote!!! Must be Something wrong?
Maybe we can try it another way. ? Another vote or launchpad.???

Reading between the lines, i get the idea that its also about the ongoing battle between “tech” and “functionality” that the proposal is rejected.
I experience that a lot at my dayjob also.
Where i often have the most brilliant

and creative ideas for new functionality (at least i like to think so) for an application.
(I’m a national application manager for a goverment department)
And my ideas are rejected because of the tech guys, they don’t spreak the same language…i often think.
A lot of email back and forth, but we don’t seem to be on the same page.
Until we decide to come together and explain each other our vision and thoughts.
They understand me and embrace my brilliant idea and i understand “them” why i have to adjust my ideas and expectations a little because of the tech side of things.
My point is, maybe it would be a good idea of DAO team and tech team get together in a private session or so, to talk things over.

I think that would be the least team could do for DAOteam.
Who knows what it leads to.

Let’s not forget the whole DAOVERSE idea
is sprouted from an experiment by the man himself. The blindbox experiment.
This enthused the community as a whole and DAO team in particular to pick it up and work it out to with lots of effort in a short time with great whitepaper and all.

Especially since this is a first (second actually) proposal and for the reason above (the experiment).

Well, it’s clearly a decision of the team.
I would have understood any decision. But absence of vote was not an option. Either you delegate team tokens and vote, or you don’t delegate team tokens because they are taken into account in the quorum.
I really feel like this was a deliberate decision to not support the proposal by not voting at all.
I’m just lost and don’t understand this decision, especially while Zac is publishing stuff on Twitter about shorting Tesla on the DEX TestNet.